Many supporters of other parties have encountered Labour’s perpetual reluctance to cooperate to defeat the Tories, even if, as is now in 2021 the case, the facts unequivocally show that cooperation is the only way that the Tories can be defeated in many of their more vulnerable seats and in a General Election as a whole.

Let’s examine some of the practical reasons why Labour might be continuing to take this approach.

Firstly, Labour’s own perception of what its party rules require it to do and conversely don’t allow it to do.

The Party shall bring together members and supporters who share its values to develop policies, make communities stronger through collective action and support, and promote the election of Labour Party representatives at all levels of the democratic process.

This makes perfect sense and any other political party would express a similar aim.

The problem for Labour arises when that aim doesn’t work sufficiently well, and does not elect enough MPs for a Labour victory, as it has not done for Labour at four general elections and counting.

So the logical counter to the citing of Rule 1.3 in opposition to a Progressive Alliance is that Labour agreeing to stand down in selected constituencies reciprocally with other parties standing down for Labour in (a larger number of) selected constituencies would, in fact, achieve the election of more Labour Party representatives than would otherwise be the case.

Labour would be more likely to retain its incumbent seats and more likely to win its target seats, given the undivided backing of the supporters of other parties for their candidates in those seats.

In the current Parliament, for instance, 86 of Labour’s top 100 target seats are held by the Tories and almost all of those seats are held by margins less than the number of votes that Labour could secure if other Centre-Left parties stood down in their favour.

Labour isn’t allowed to stand aside for other parties…

There is a widespread and entirely mistaken apprehension, one which is, unfortunately, even held by some senior Labour luminaries, for example the admirable pro-PR Labour MP, Clive Lewis, who says in the Guardian that the Labour Party Rule Book compels Labour to stand a candidate in every Parliamentary seat.

This misapprehension seems to have developed a life of its own merely by repetition.

The Labour rulebook demands the party stands candidates in every seat, regardless of whether doing so guarantees another Tory win 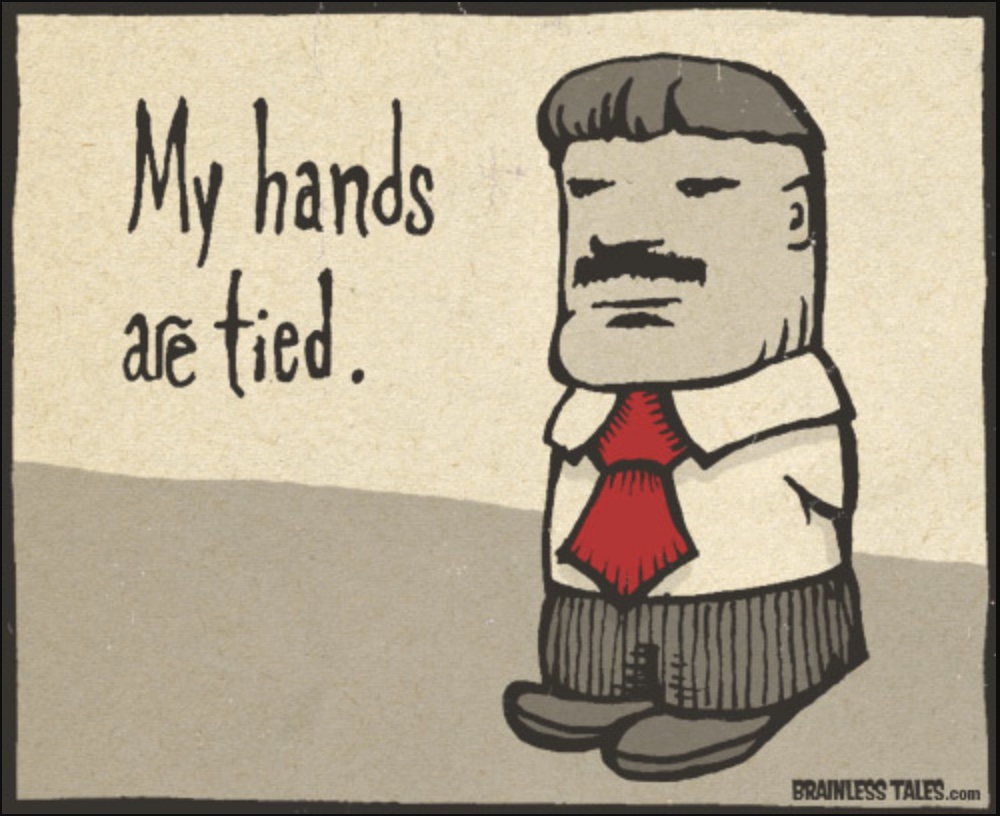 Chapter 5, Clause IV is sometimes cited as making it mandatory always to stand a Labour candidate, as demonstrated, for example, in the following excerpt from a former Labour Parliamentary candidate on the Labourlist.org website

“The Labour Party is currently required by its constitution (Section 5, Clause IV) to stand a candidate in every parliamentary election, be it a general election or a by-election. This is the case even where there is no hope of victory, and even if the local party does not wish to do so.”

This is regularly demonstrated in practice as Labour does not put up any candidates in the 18 Northern Ireland seats but the Northern Ireland CLP is never held to be in breach of Labour Party rules.

Further evidence is provided by the fact that the Labour party never stands a candidate against the incumbent Speaker when that office is held by a non-Labour MP, for example in the Buckingham constituency when John Bercow was Speaker, the Buckingham CLP was never held to be in breach of Labour Party rules.

Most recently, it was announced in October 2021 that Labour, the Liberal Democrats and the Green Party each will not stand a candidate in the Southend West by-election contest to choose a successor to Conservative MP Sir David Amess.

Labour supporters are expelled if they support any other party…

This is another cited reason for non-cooperation, but this claim actually does have some foundation.

But let’s consider this a little further; the point of a Progressive Alliance is that Labour and the other Centre-Left parties mutually and reciprocally agree to stand down for each other in many seats such that the single Alliance candidate has the optimum chance to win.

To confirm this fact, we can look at the example of the Tatton constituency in the 1997 General Election where Labour and the Liberal Democrats stood down and offered no candidate against the Independent candidate, Martin Bell, standing on an “anti-corruption” ticket.

No Labour Party rule was broken and no sanction of any Labour member ensued.

Why don’t parties run “paper” candidates rather than standing down?

A “paper” candidate is one who stands for a political party in a seat where that party has little or no chance of winning, usually for the reason that the party wishes to be seen to have its name on the ballot paper in every constituency.

The answer as to why this is not the correct approach for the Progressive Alliance is given above – Labour supporters are expelled if they support any other party’s candidate against an official Labour candidate.

So even a “paper” official Labour candidate standing would negate the possibility of Labour supporters working for the preferred Progressive Alliance candidates in seats allocated to the other parties in that alliance, making victory in each such seat less likely.

There is no constitutional or procedural reason why the Labour Party cannot form a Progressive Alliance with the other Centre-Left parties.

It should be here stated very clearly that such a Progressive Alliance would be a one-off, only for a single election campaign, and for the purpose of defeating the Tories and then instating PR.

At all subsequent elections, those formerly allied parties would be empowered to campaign separately for their respective manifestos, safe in the knowledge that the Tories could no longer gain a large majority on a minority of the votes.

The reason why Labour has only ever cooperated fleetingly, in a given seat for a single election, and never cooperated strategically, has not been for any constitutional or organisational reason but simply because the Labour Party did not wish to do so.

Thankfully, the sobering reality of four successive election defeats and the near-certainty of a fifth defeat to follow in 2024 (or earlier) has started to move more and more Labour supporters to favour cross-party cooperation.

This growing mood of pragmatic determination to work together to defeat the Tories is demonstrated, for instance, in the recent poll which showed that 83% of Labour members are now in favour of the Labour Party committing to PR.

Of course, the current Labour leadership doesn’t quite see it the same way, but that’s for another blog.

For now, it’s enough for us all to be clear that there is nothing at all stopping the parties working successfully together to defeat the Tories other than the collective will to do so.

Here’s to the Progressive Alliance 2024 and to the Coalition Government that it achieves and to the Proportional Representation electoral system that it instates.

Glenn Oliver is a member of the Liberal Democrats.

IN PROPORTION is the blog of the cross-party/no-party campaign group GET PR DONE! We are campaigning to bring in a much fairer proportional representation voting system. Unless otherwise stated, each blog reflects the personal opinion of its author.